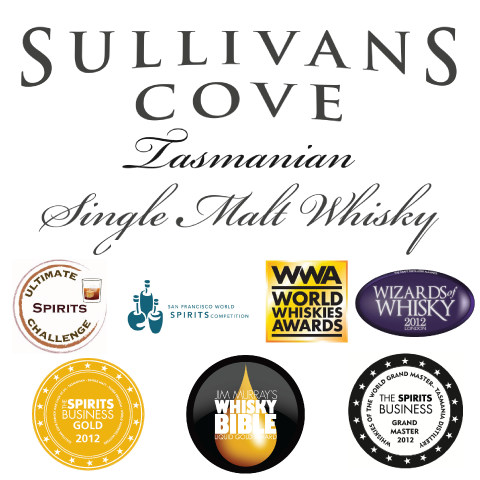 Sullivans Cove Tasmanian Single Malt is an exceptional, multi award winning, small batch luxury whisky from Tasmania, Australia. It was established in 1994. Several legal distilleries and countless illegal stills were operating at the beginning of the 19th century in Tasmania. However, in 1838, the Governor imposed a total prohibition on distilling that was only overturned in the early 1990s. Since then, the Tasmanian whisky industry has developed into a small but significant force on the global scene. Made by traditional methods, using 100% Tasmanian water and Tasmanian barley, not chill filtered, no flavours and no colours added. Cask aging in American oak Bourbon barrels and French oak Port Barrels. Each barrel is bottled individually to capture subtle variances that occur from barrel to barrel. Only 15,000 bottles produced each year. The result is one of the best new whiskies on the market – inspired by nature and distilled with conviction.